For their dedication and hard work in the training pen,

Huss Performance Horses is proud to congratulate our clients. 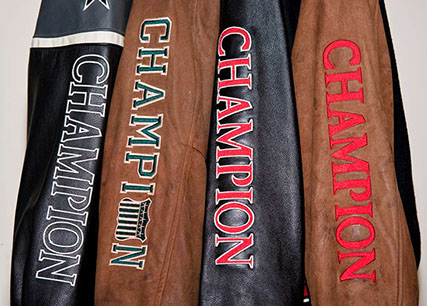 No Bridle, No Problem...

The AQHA World Show is full of excitement and success, but this moment from the senior reining finals is sure to warm the hearts and spirits of horse-lovers everywhere. In the middle of Dan Huss’ run with Ms Dreamy, there was an equipment malfunction, and the headstall unbuckled from the bit. 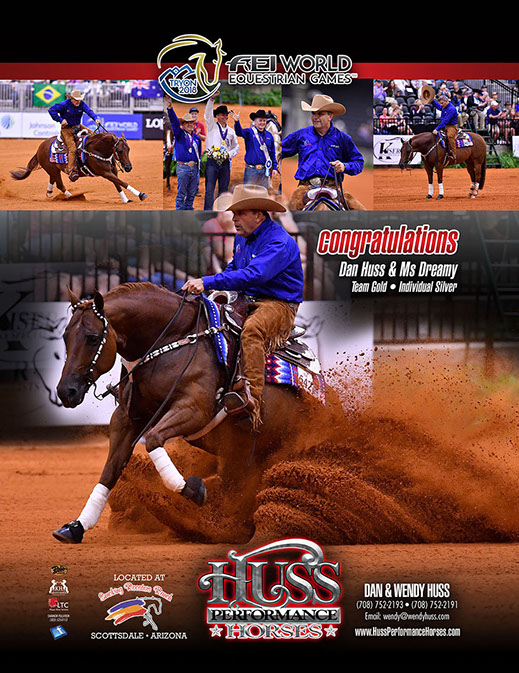 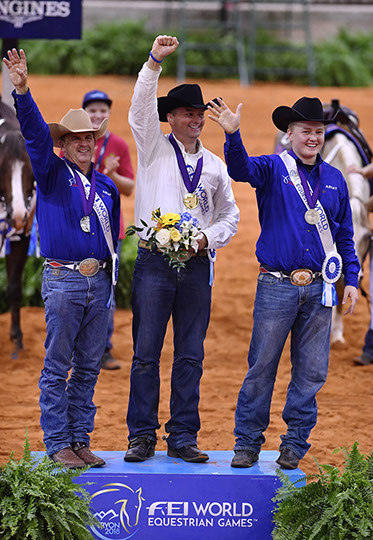 An electrifying crowd and highly competitive runs from 22 combinations proved to be just the atmosphere needed for U.S. reiners Dan Huss and Cade McCutcheon as they fought for their spot on the podium Saturday evening in the Individual Reining Final at the FEI World Equestrian Games (WEG) Tryon 2018.

Fresh off their gold-medal finish with the U.S. Reining Team on Wednesday evening, Huss (Scottsdale, Ariz.) and McCutcheon (Aubrey, Texas) were the final U.S. runs of the night, going back-to-back as the home crowd waited in anticipation to see if the U.S. would claim not one, but two medals.

Huss and Ms Dreamy, Frederick R. Christen’s eight-year-old Quarter Horse mare, laid down a competitive run and the home crowd cheered them on. They needed a score better than 225.0 to land a spot on the podium. With easy precision and smoothly executed lead changes, the athletic, sorrel mare and Huss slid into a score of 226.5 to sit in the silver-medal position. With just McCutcheon to follow, Huss and Ms Dreamy had secured at least a medal in their first individual competition at a WEG. 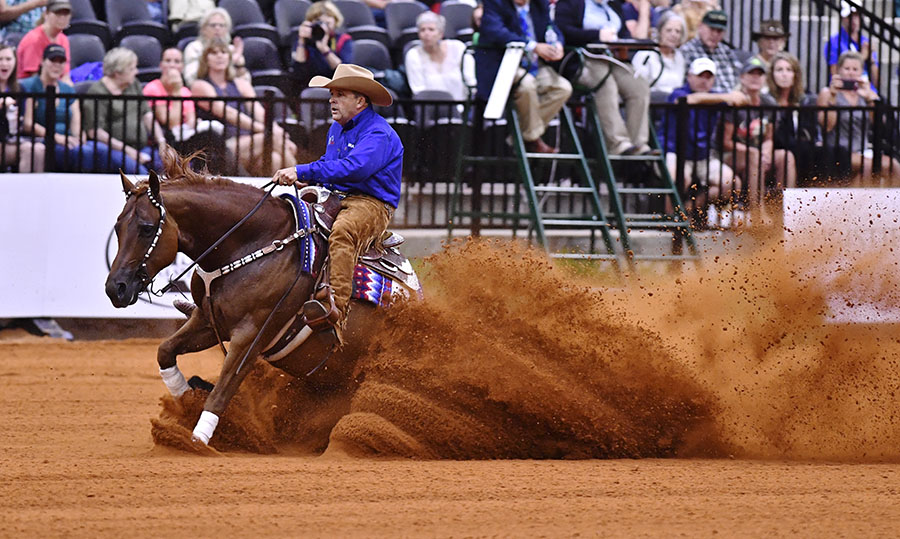 “I loved the reining here,” said Huss about his first experience at the WEG. “The enthusiasm and support you get from the audience and your fellow countryman, and also your teammates, it’s a feeling you don’t get a lot of. Our team members, we make it easy for one another.”

Eighteen-year-old McCutcheon and Custom Made Gun, Tim and Colleen McQuay’s seven-year-old Quarter Horse stallion, followed just behind Huss and his mare. Having led the team event with a score of 229.0, the combination loped into the show pen looking to lay down another flawless run. However, with a few small mistakes in the circles, McCutcheon and Custom Made Gun scored a 225.0, tying them with Brazil’s João Felipe Andrade C S Lacerda and Gunner Dun It Again for third. A run-off of the same pattern would determine the bronze medal.

McCutcheon was second to go after watching Lacerda lay down a clean run that earned them a score of 227.0. With the home crowd behind them, McCutcheon and the palomino stallion entered the covered arena to a thunderous applause from U.S. fans. The cheers of support seemed to propel the combination as they executed nearly a flawless pattern, tipping their hat as the crowd roared and a final score of 228.0 sealed the bronze-medal victory.

“I was a little disappointed in my first run, but I just had to flip the page, have a short-term memory, and go try again,” said McCutcheon. “I didn’t do anything different with [Custom Made Gun]. I just tried to let him catch his breath, head into the arena, and be safe in spots. I talked to my dad a lot, because he was in the same situation in 2002 and he helped me. Pretty much everyone around me had a word of advice for me. I took it all in and it helped me.”

Huss on Ms Dreamy: “Your better mares, even though they are a little more sensitive, they’ll have some grit to them. They will step up there and compete with the boys. This mare, she does that. She has probably taught me more than I have taught her, so it has been a great experience.” 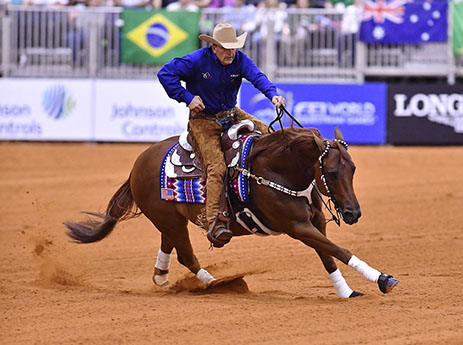 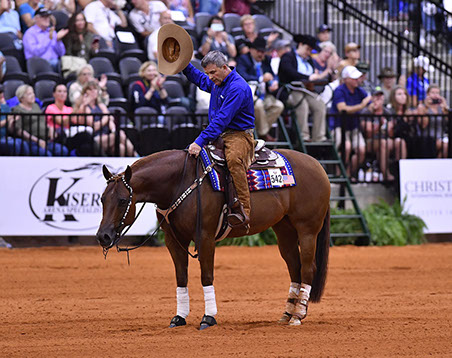 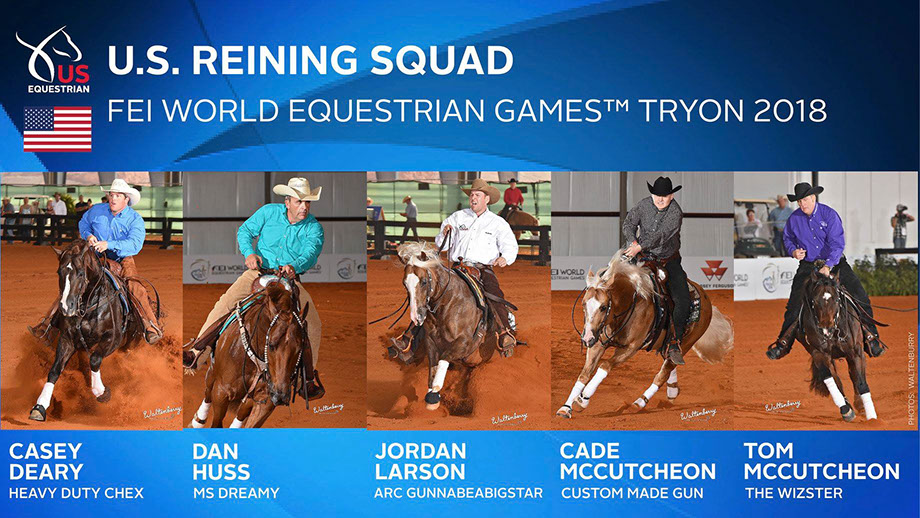 TRYON, NC, USA – May 13, 2018 – The all-American podium stood tall after the completion of two days of FEI CRI 3* competition hosted at Tryon International Equestrian Center (TIEC), in Tryon, North Carolina, alongside the first installment of the Carolina Classic at TIEC. The week served as the eighth and final Test Event ahead of the FEI World Equestrian Games™ Tryon 2018 coming to the venue this fall, from September 11-23.

FEI combinations took to the newly constructed Indoor Arena, located at the main entrance of TIEC, to test their skills against some of the discipline’s biggest names from Thursday, May 10-13. The first day of competition saw 22 competitors contest the USEF Selection Trial First Go on Thursday, May 10, before welcoming back 20 of the original entries. Ultimately, Jordan Larson (USA) and Dan Huss (USA) both walked away with the blue ribbon, tying on a composite score of 450.

Huss entered the second round sitting in first place after scoring 224 points aboard Frederick Christen’s Ms Dreamy, a 2010 Quarter Horse mare (Magnum Chic Dream x A Gal With A Gun). Larson improved upon his first-round score of 222.0 to share top honors riding ARC Gunnabeabigstar, a 2011 Quarter Horse stallion (Gunnatrashya x Wimpys Little Chic) owned by HDC Quarter Horses, to an impressive second-round score of 228. The young Cade McCutcheon (USA) followed just behind on a total score of 446 points aboard Custom Made Gun, a 2011 Quarter Horse stallion (Colonels Smoking Gun x Custom Made Dunit) owned by McQuay Stables, after receiving a 222.5 in the first round and a 223.5 in the final competition.

All three riders are hoping to return to represent the United States at the FEI World Equestrian Games™ (WEG) in September and Huss commented that he’s been waiting for the right horse to come along in order to pursue contention.

“Basically for me, I was just waiting for the right horse,” he explained. “I usually share [Ms Dreamy] with a Non-Pro, but obviously the mare is too old to do the derbies, so Fredrick [Christen] said I could show her at the FEI level. It would mean a lot to me to represent the U.S. I came with the intention of winning here. I’m not a guy that has a big ego, but I wanted to win here and I want to win at the WEG. I have some room to improve yet and I’d have to beat my fellow teammates because they’re tough.”

Huss, of Scottsdale, AZ, complimented the TIEC show organizers for hosting the venue’s first reining event. “I think Tryon did a great job hosting their first reining competition. From what I understand they’re putting stalls in here in the Indoor Arena, so it’ll all be under one roof and I think it’ll be pretty nice.” - FEI World Equestrian Games LINK TO WEBSITE >> 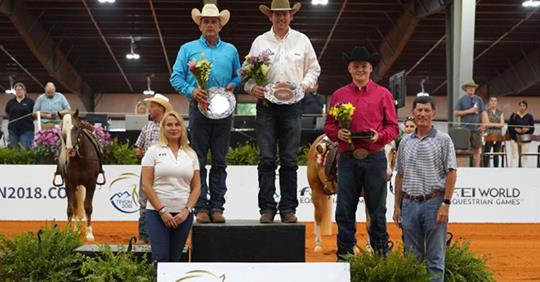 This year has been a highlight of Christen’s 19-year reining career: Just before the NRHA Derby, his horse Ms Dreamy was named to Team USA for the 2018 FEI World Equestrian Games in Tryon, North Carolina, with trainer Dan Huss in the saddle.

Don’t expect this Masters rider to slow down any. “I’ve had a really great career and a lot of fun, I’m still challenged every time,” Christen said. 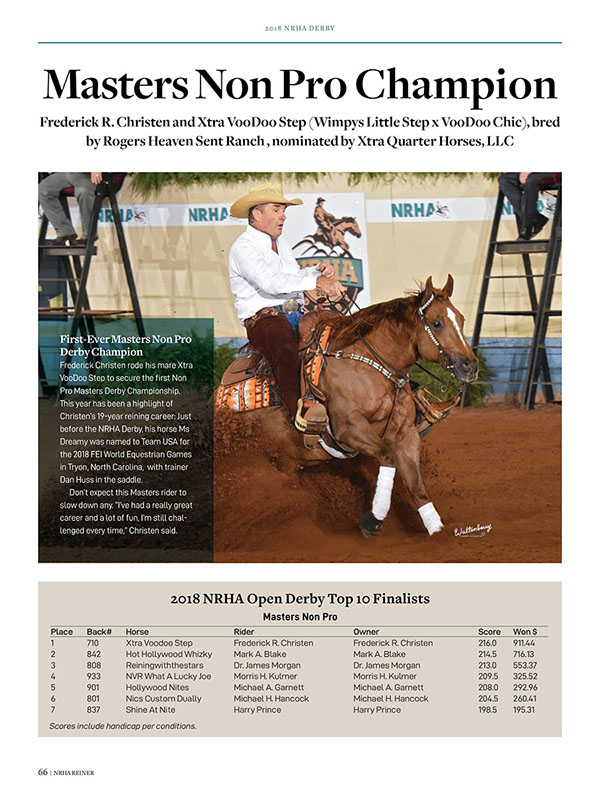